The Italian journalist Carlo Collodi, author of The Adventures of Pinocchio, could never have imagined that the character he invented as the hero of a story he believed was intended only for children would reach the mysterious, almost miraculous status of immortality. Indeed, Pinocchio is one of those beings fabricated by the literary imagination that manages to through the space-time barriers and continues to be new and flourish over the years, fascinating readers of all cultures and ages, just like other great examples in universal literature.
What remarkable qualities does Pinocchio possess to achieve such celebrity? He is not even human, unlike Don Quixote, Hamlet, or Tartuffe. He is just an articulated wooden puppet produced by a skilled craftsman with a heart of gold like the unforgettable Geppetto. Nevertheless, this puppet affects readers, revealing all the secrets of the human condition.
He is far from being a model of virtue. On the contrary, he is a brat, rebellious, annoying, capable of lying to satisfy his whims, disobedient, and untrustworthy. However, he has a good heart. In the end, he manages to prevail over his defects because of this. As a result, all the evil in him is conquered by all that is good.
Furthermore, he is physically incapable of backing away from the truth without his own body betraying the lies by making his nose grow. The genius of Pinocchio's invention lies here. He is fallible, as are we, his readers. Nevertheless, it is crystal clear that human beings can be outdone by appealing to that hidden force of good and truth yet also deep-rooted and sometimes disguised by more negative aspects.
Although a magical character, Pinocchio is profoundly human and familiar with our experiences. Hence, we read about Pinocchio’s adventures, experiencing them with him while drawing inspiration and creativity. We can be better than we seem because, just like Pinocchio, we find a hidden truth by looking inside our secret selves. It depends only on us to make it shine and enrich our lives, as he does at the end of the story.
The book was written for young readers, as children would undoubtedly enjoy reading it the most. However, Pinocchio’s adventures also speak to adults and older people confused by a return to that world of reality and of dreams, where one can still believe in fairies and magic, a world impossible to give up, despite the passing of the years, because, like Pinocchio, human beings are doomed to always desire what they do not have and cannot be. This articulated puppet comes out of this dream, which, for that very reason, is a symbol of our condition. 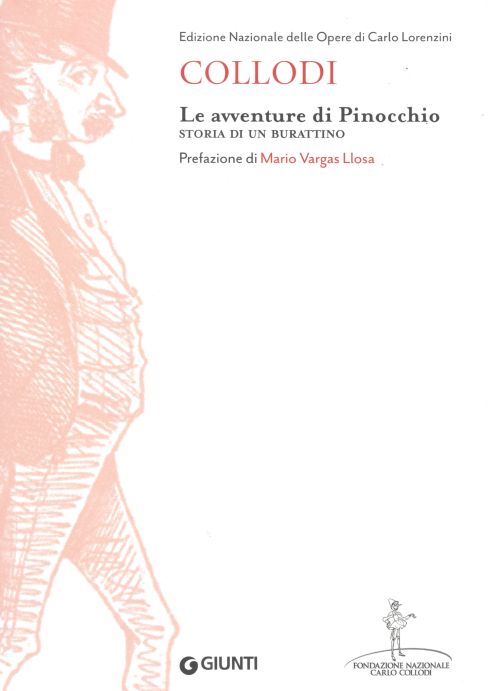 Translations of The Adventures of Pinocchio

The foundation makes available the official Italian version of The Adventures of Pinocchio taken from the Edizione Critica (Collodi Foundation, 1983) and contemporary translations in foreign languages approved by the foundation: English (P.M.D. Pantom, translator), French (Danielle Revol, translator), and German (Heinz Georg Held, translator).
The publications are downloadable from the site and can only be used for personal and educational purposes.
Consent for commercial and editorial use must be obtained from the Collodi Foundation, the copyright holder for all these translations