Pinocchio Park could only have arisen in the ancient village of Collodi. Unchanged over the centuries, its typical houses cascade from the top of the hill to finish near Villa Garzoni with its spectacular 18th-century garden. Carlo Lorenzini’s mother was born in Collodi, where the writer spent his childhood with his Orzali grandparents. The reasons that led the brilliant journalist and writer to take the pseudonym of Collodi from this place suspended in time are evident. Likewise, the imagery in The Adventures of Pinocchio originated here, acquiring a force that made it a timeless and enduring masterpiece. At the same time, Collodi is still both a fairytale and a real place, where the story becomes real in our imagination. 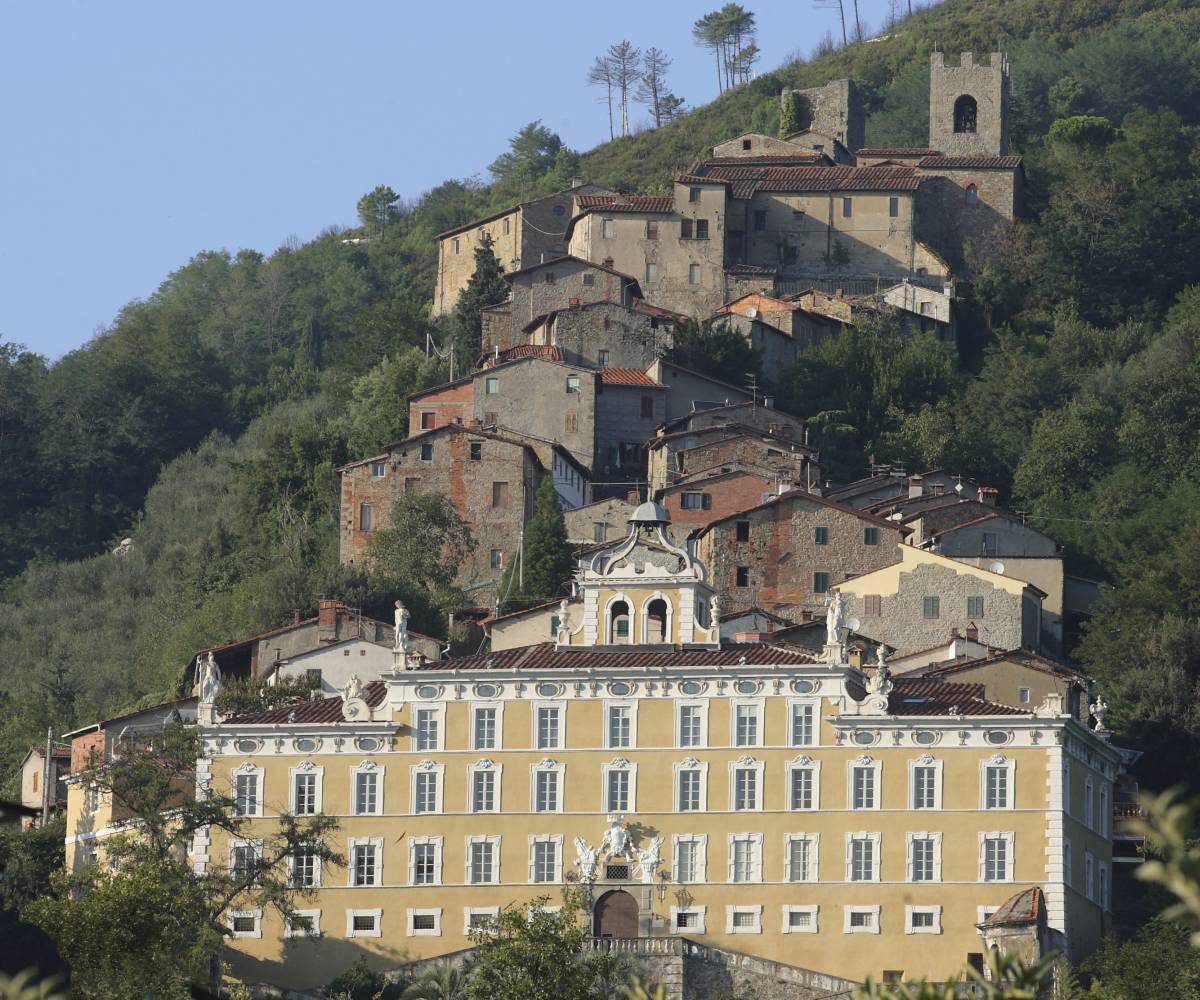 The ancient village of Collodi

Pinocchio Park is no ordinary amusement park. Rather, it is an incredible, uniquely charming spectacle and an admirable example of collective creativity by famous artists. Here, there is the sense of recalling a living fairy tale while, spontaneously and naturally, having fun in the tranquil beauty of art and nature. The idea of celebrating the famous puppet in Collodi came to Prof. Rolando Anzilotti and the Committee for the Monument to Pinocchio, which appealed to the art world. Eighty-four sculptors responded, presenting their sketches in the national competition announced for constructing a monument. In 1956, the winners were Emilio Greco for Pinocchio and the Fairy and Venturino Venturi for the Piazzetta dei Mosaici (Renato Baldi and Lionello De Luigi, architects). 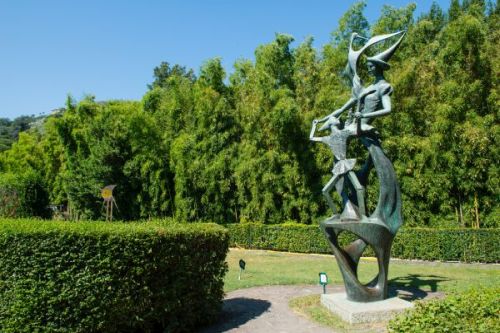 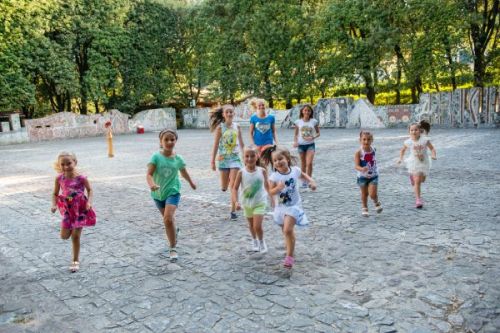 Designed by the architect Giovanni Michelucci, the Osteria del Gambero Rosso (Inn of the Red Lobster) was inaugurated in 1963. The Land of Toys was designed by Pietro Porcinai and built in 1972 in the southern part of the park. Twenty-one bronze sculptures by Pietro Consagra plus structures by the architect Marco Zanuso are scattered throughout this area.
Designed by Giovanni Michelucci and constructed in 1986 by the architect Carlo Anzilotti, the Workshop of Words and Figures is found in the park’s entrance area. Here, visitors can discover the attractions of the Pinocchio Interactive Museum–MIP.
In the Land of Toys, a small gallery leads into Pinocchio’s Village, along a path populated by the characters from the novel: the Carabiniere, who blocks the road forcing the boys to pass between his legs, the Talking Cricket, the Great Marionette Theater, the Cat and the Fox, the Assassins’ Woods, and the Child Fairy and her White House, with the door-keeper Snail. 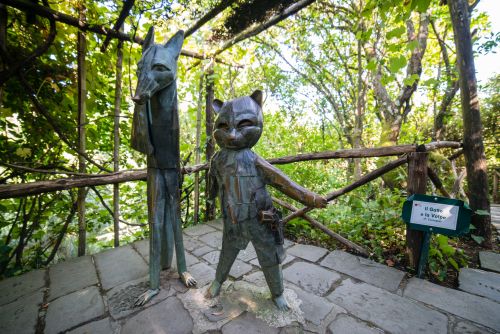 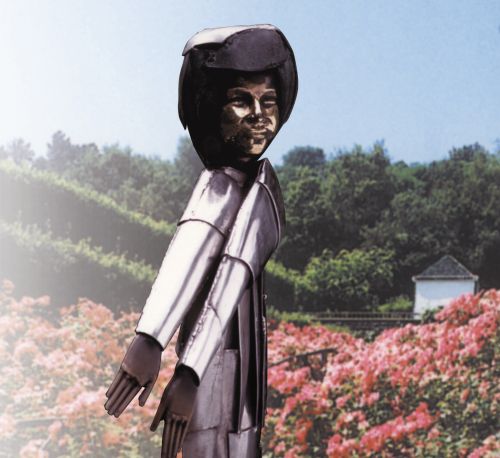 The Tree of Gold Coins shines in the nearby Field of Miracles. The Serpent appears shortly after, followed by Four Rabbits carrying a coffin to convince Pinocchio to drink the medicine. Next follow the Fairy, with open arms; the Crab, spraying water; the Green Fisherman’s Nets and Frying Pan, and Pinocchio changed into a Donkey. Finally, the Great Dogfish, where Geppetto is found, once having entered its mouth. After climbing to the top of this giant monster, the Goat and the Puppet can be seen waving. 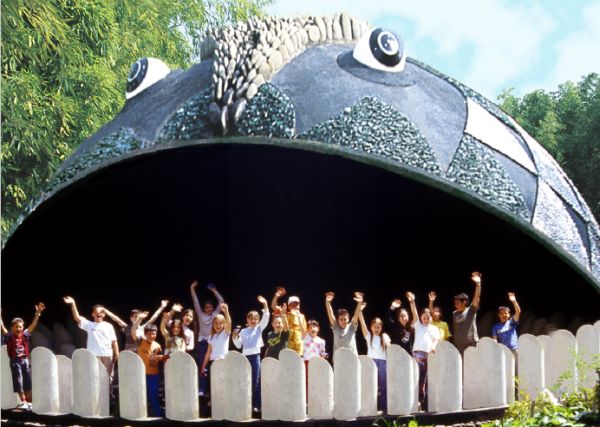 The Great Dogfish by Marco Zanuso
Although the novel is finished at this point, its fantastic journey continues with the Maze, the Pirates’ Cave, and the water-powered Sound Wheels. Lastly is the Adventure Course, which includes Flying Over The River (where children fly from one side of the river to the other) and the Pirate Ship (as children move among the yardarms of an imaginary sailing ship).
Lastly, we find the Talking Cricket Hall, a modern multimedia structure for meetings and conferences with 255 seats. From time to time, exhibitions are hosted on children’s illustrations, works by artists from all over the world, drawings and works by children and schools for “Pinocchio’s Birthday”.
Some rides and mechanical theaters from the first half of the 20th century have been introduced into the park, inspiring children’s dreams and bringing back the grown-ups’ memories in settings we thought were lost.
The park’s literary circuit is formed by inventively combining art and environment as the route winds through the thick vegetation, making each stage surprising and unexpected. The plants are typical of the Mediterranean scrub, except where it is necessary to highlight the most extraordinary episodes. In that case, even the vegetation takes on more extravagant and unique connotations.
Over 100,000 children and adults, Italians and foreigners, go through the park each year that, combined with other important cultural activities, is one of the achievements of the Carlo Collodi National Foundation, a non-profit cultural institution